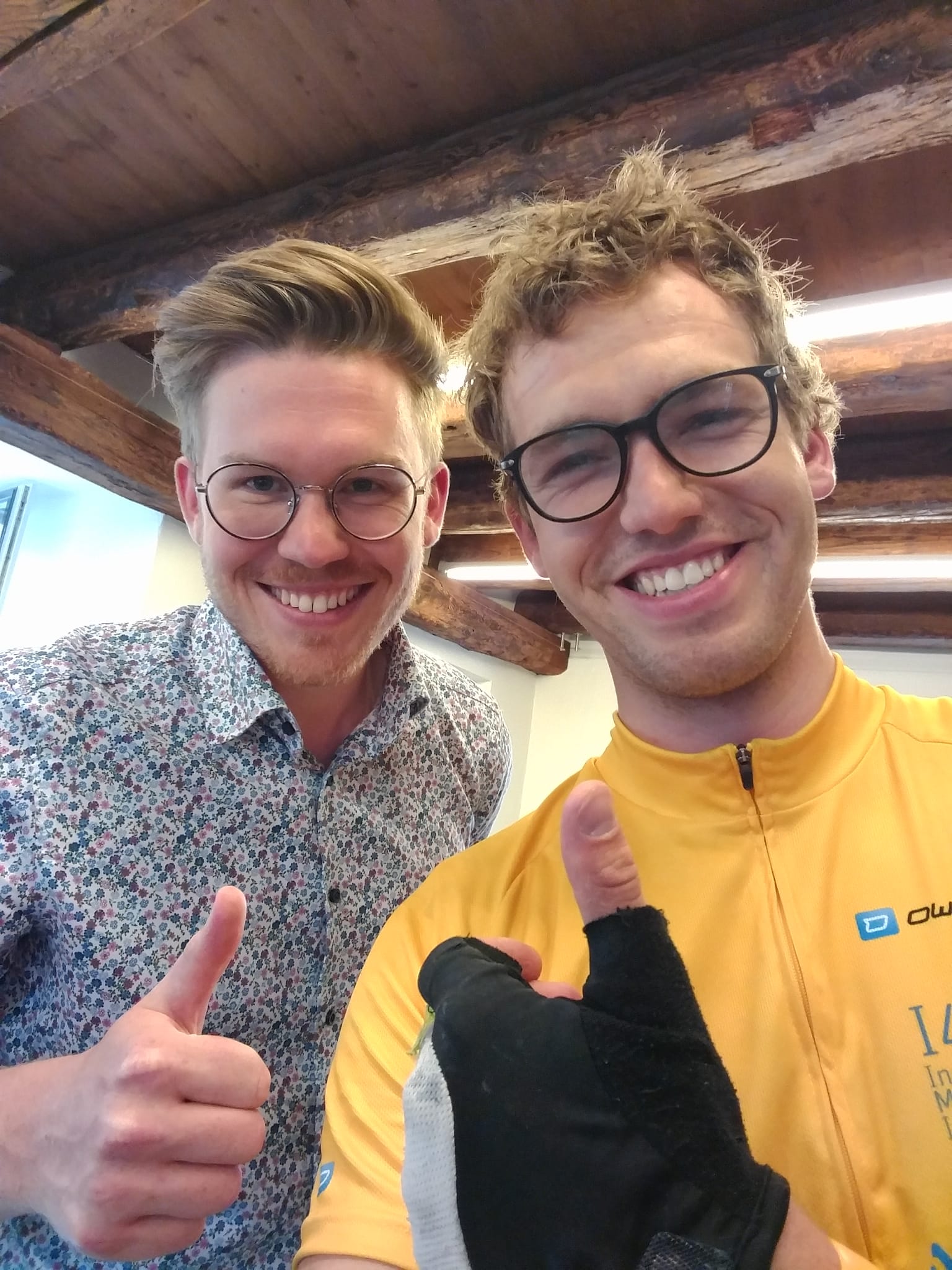 This morning Joshua was able to drive a long distance downhill. It was a beautiful valley until Chur, which he could drive down.

Unfortunately, he had a problem with his bicycle in Chur: When he drove past a construction site, a stone bored itself into his tire. Afterwards he had to change the hose. He had the material and could do it himself. However, he was 1h late afterwards. Joshua was able to pass this on to his interview partner Jonathan Meier, alumnus of the BFH and current CEO of healthinal GmbH, and then raced quickly to Rapperswil. In Rapperswil Joshua could conduct the interview with Jonathan Meier. The interview was particularly exciting because Jonathan, as an alumni of the BFH, founded his own company and in the interview he told a little bit about his company and his work. You can see Joshua and Jonathan together in the big photo.

From Rapperswil to Zurich, Joshua was accompanied by three friends. They were once surprised by a sudden rain, but apart from that they arrived in Zurich without further problems. Afterwards they could enjoy a good Italian dinner.

When Joshua called me in the evening, I could hear his tiredness very well. He had to yawn several times and his voice sounded exhausted. I am glad, everything went well today, although Joshua had a problem with his bike. Now the night is coming, which will help the body to recover.

And tomorrow I will meet Joshua at the Rhine Falls in Neuhausen, I am really looking forward to it! 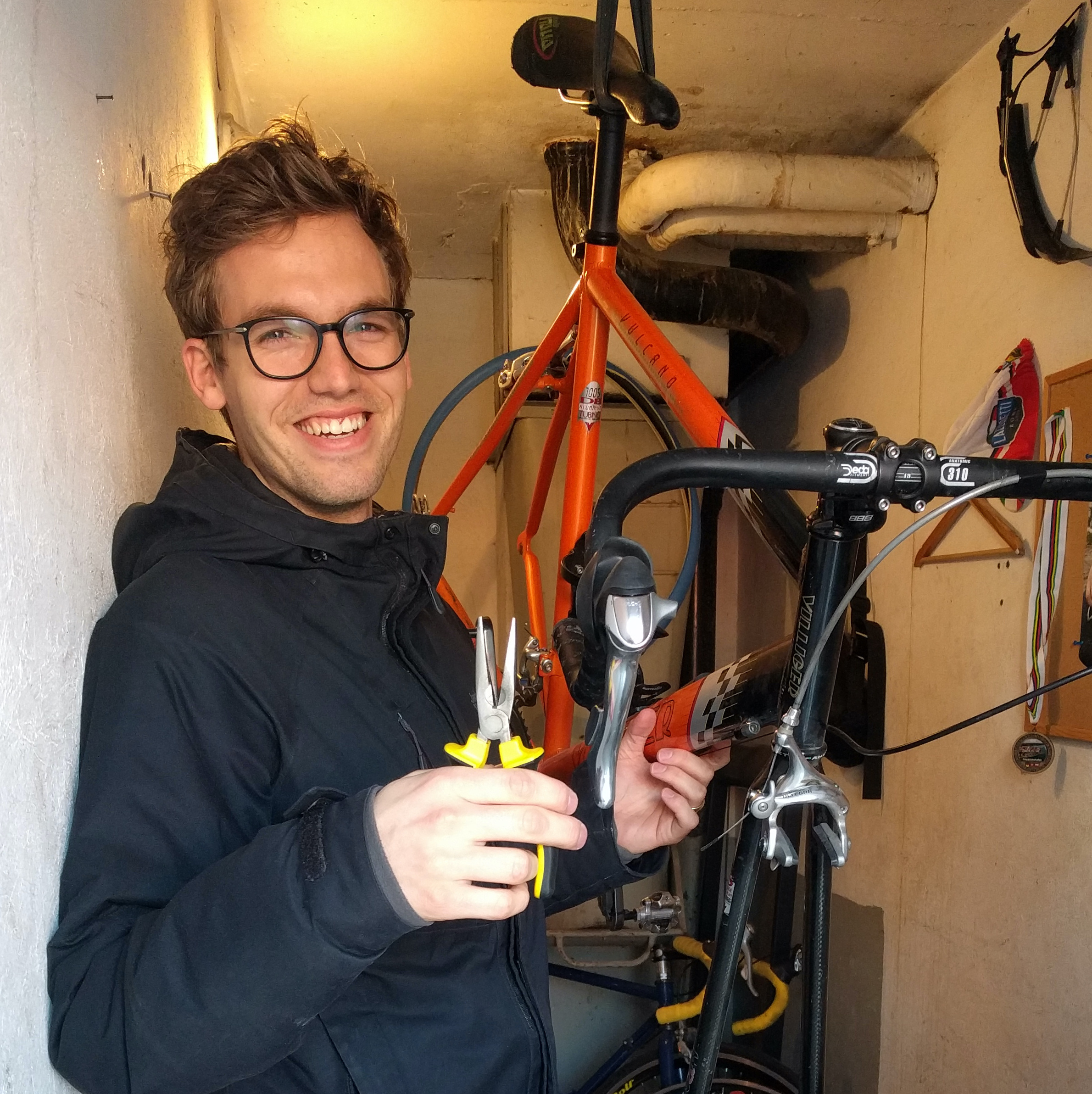