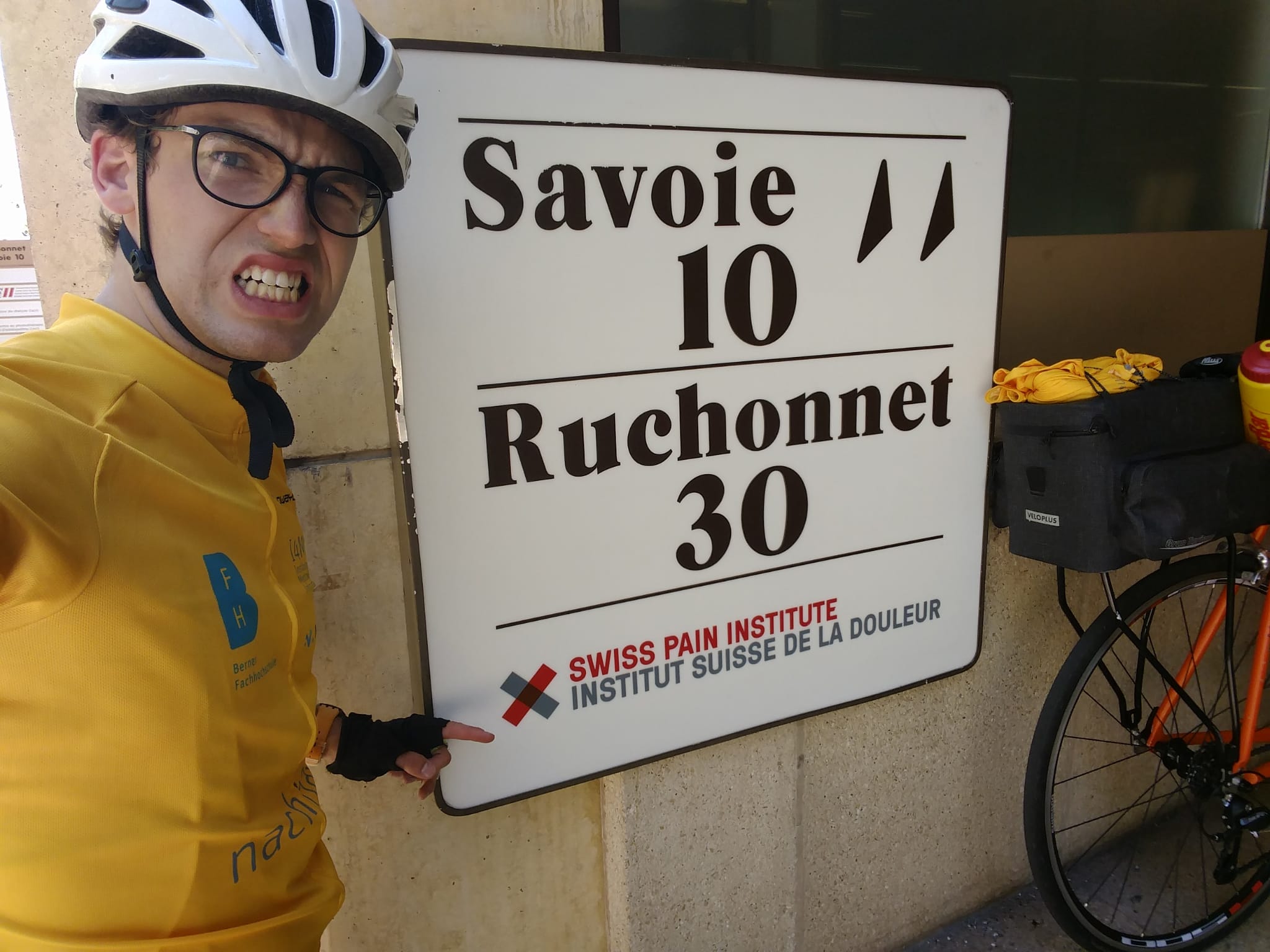 It was a long and full first day of the Tour de Medizininformatik. In the morning, three competitors of medical informatics accompanied him by bike until Solothurn. There Joshua was able to interview Aline Zaugg at her home. Since the visit at her home had been a rather short term idea, the kilometres to Solothurn were added to the normal route, which made today’s route longer than 200km.

Finally he arrived in Martigny in the evening, where a fellow student was waiting for him. Together they had pizza for dinner and afterwards Joshua had to cut a little video of the day. Of course he went to bed later than he should have (his wife was “not amused” about it 😉).

But the video turned out great. Short and crisp with nice shots: have fun watching it!